What are you thankful for at Thanksgiving?

What are you thankful for at Thanksgiving? 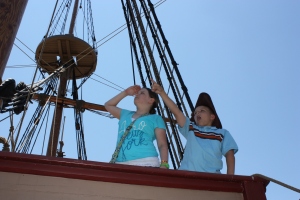 This is one of those holidays that really make a lot of people very reflective. Have you taken the time pondering this question a little bit? No matter how hard life’s left hook hits you sometimes, there are quite a few things that happen to you that are actually really cool. So what are you thankful for?

For me it makes me think of my first Thanksgiving in the U.S.A. – and Phyllis.  That was 1989, the year I arrived at Philly from Germany for what I thought would only be for a 3 year long adventure trip. Phyllis was a friend of a friend who knew a friend of mine at the company I still work for today. A recent divorcee, she rented a room of her little condo to me. I was thankful for having a place to stay. The room was big enough that the only thing I had to my name were 2 suitcases full of clothes that did not even make a dent in the room’s closets.

New to country and language I knew no one. She was so warm hearted and explained a lot of colloquialisms and also taught me everything from laundry to going grocery shopping. I had been in the country only for a few months when Phyllis asked me if I wanted to stick around with her family for the Thanksgiving holiday. I had to ask her what we will be thankful for and what the holiday was all about. She tried explaining this to me as best as she could.

Little did that prepare me for that great cold Thursday in the fall of 1989. I was astounded how many family members and friends showed up. Two big tables were moved together and everyone helped in preparing the food and table for the feast. Then I saw my first turkey. Wow! I had never seen anything like it. When all the food was set on the table I thought to myself that there was enough for a whole football team to show up and still have enough food for everyone.

After saying Grace her family and friends asked me all kinds of questions as to where I was from and what I was doing here in the States. They did not know it, but I was so humbled by that. At that time, Germans were still not all that welcome in various areas in Europe and people there would avoid you and actually make a point to exclude you. Here a former foe was sitting amongst folks whose relatives most likely had fought mine in one or both world wars. Instead of hostility I received nothing but warmth, inclusion, and most of all a genuine interest in a total stranger!

That marked the beginning of me falling in love with our great country and its people. Who I am is due to my German upbringing, education, and of course my family and friends back there. Who I can be I owe to America. I am eternally grateful and thankful to this country, its people, and also of you Phyllis wherever you may be today. Thank you Phyllis!

Yes, that is correct. I have lost track of her since I had a rather whirlwind 20 plus years here and also a little more overseas time behind me and I lost touch with her. A while back I found her on Facebook but she has not answered yet as she seems to be a very infrequent Facebooker. Hoping that you are ok, Phyllis.

Do you have have people like my Phyllis? Did they change your life? Do they know they did that for you? Do they know you love them dearly for it?  If not, please pick up the phone or otherwise get in touch with them. Happy Thanksgiving folks.