Do your fears control you, or are you in control of them?

Do your fears control you, or are you in control of them? 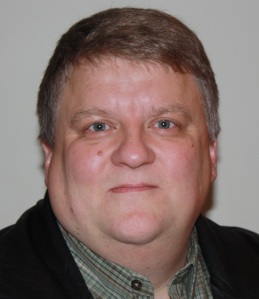 Fear is one of the most powerful emotions we can have. They can wreak havoc on our lives when we do not manage to deal with them properly. After all though, we still have a significant choice: we either succumb to them, or choose to ignore or combat them.

Quite a few years ago I accompanied my mom on the plane rides from Germany back home to the States. As a family and friends will be able to testify to you, no one should travel with me as many a mishap has happened to me especially during air travel. The main flight across the Atlantic went without a hitch, although we were too late for making the correct connection at Dulles airport. We only had to go on to Philly but the only flight that would still leave that night was leaving from Baltimore.

We went on a wild taxi cab ride from airport to airport barely making it to the connection flight. Then my mom looked at the plane and froze solid in her tracks: it was a very small prop plane. “Ralf, I cannot go on that plane”, she exclaimed with a trembling voice. Say what?

It took all the convincing I could muster getting her on the plane and the only reason why she relented was that she did not want to get stuck a night at a hotel and then stay overnight in Baltimore. Once we sat down on the plane she could finally tell me what was going on. When she was a 5 year old child growing up in Germany she survived a few air raids on the village where she lived. It was towards the end of WWII and air raids were becoming more intense and every time that one came about and the alarms sounded she ran up the street toward the woods and hid in the ditches next to the road. It was the prop sound from the enemy air planes that she could not stand. The sound was what scared my mom absolutely witless. She was a nervous wreck the whole way to Philly.

Isn’t that amazing that the mere sound of a plane can make us do things we seemingly have no longer control over? Good news is that we do have a choice. It took me a while to process it, but mom engaged in a few choices eventually allowing her overcoming her fears.

The purpose of fear is protecting us from really bad issues to happen. Unfortunately, our brains are not really suitable distinguishing between “good” and “bad” fear. Fear is fear and the ancient part of our brain, aka lizard brain, typically chooses to let us fight, flight, or freeze. There is another action though that our brain is capable of taking: choosing to think rationally through the issues at hand. Make good use of it otherwise you may find yourself stranded at an airport.
Ralf

2 thoughts on “Do your fears control you, or are you in control of them?”