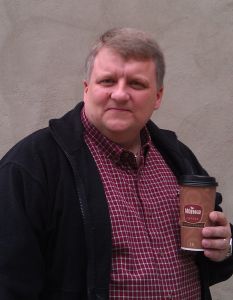 These days it very often feels like I come across very entitled and self-centered people. “How much can I get” or “How much is owed to me” seem to be their prevalent questions. It makes me think of a person who used to ask a completely different question. Tuesday a very special birthday is coming up. Not only is it 4th of July, the birthday of our nation. It’s also the 103rd birthday of my grandma who was a very special person. She always asked herself John O’Leary’s life changing question: “What more can I do?”

She was one of five brothers and sisters born to poor farm help folks in a small German village on the fourth of July 1913. Two heroic acts totally stick out. Her sister died shortly after giving birth to the second daughter – my mom. Her husband was not even around fighting at the Russian front towards the end of WWII. Here two little children were without a mom and because everybody was relatively poor they had to be split up and were taken care of by close relatives.

Erna now took it upon herself bringing the two children together at her sister’s home and taking care of the household and all other small farming jobs along the way. When granddad came back after the war they fell in love and eventually married after Erna got herself a divorce from her first husband. That by itself was a feat seldom achieved by women back then. She was very devoted to the children and loved them both like her own.

During the wartime she also took good care of around 20 prisoners of war in a forced labor camp on the premise. They were working in a sawmill next door under minimum security. Oma Erna could not stand them getting mistreated and not getting enough food so she smuggled this stuff over to them as much as she could.

“What more can I do?”, that has been her lifelong mantra until the day she fell and had multiple strokes permanently disabling her. “What more can you do?” Isn’t that a better question than “How much can I get?” Happy Birthday to our nation and Oma Erna. Please help and join me asking better questions and making better choices.